Bordered by Hoppers Crossing, Tarneit, Caroline Springs and Derrimut, Truganina is a rural-urban suburb that is popular with young families and first home buyers. An inner-west suburb with roots dating back to 1878, Truganina is a low-density housing area that appeals to people who appreciate a small-town atmosphere without having to compromise on the benefits of city living.

Located just 22 km west of Melbourne’s city centre, this reasonably affordable gem of a suburb is relaxed and spacious with further potential to grow. Daily living is simplified by time-efficient public transport options. Commuting to work, school and recreational facilities are made easier so residents can make the most of quality time at home.

Historically, it’s known that Aboriginal Tasmanian, Truganini, spent a small portion of her life in this area. The nearby Skeleton Waterholes Creek is of Aboriginal significance, honouring the suburb’s namesake. 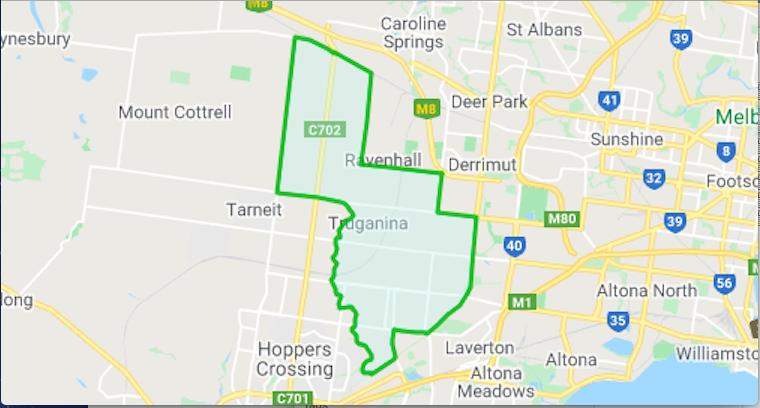 Hi, I’m Natalie Fisher of Fisher Conveyancing. I’ve spent my whole life around this region and know the ins and outs of Truganina conveyancing and real estate transfers. If you have any question, give me a call and I’ll be happy to assist.

There is no question that a large part of Truganina’s massive growth has been due to its relatively affordable housing. Its proximity to nearby amenities make it a worthwhile option for young people just starting out. It’s also within close range to job opportunities at nearby industrial estates in neighbouring suburbs.

The last 12 months showed a 19.5% increase in housing prices. This rise highlights the increase in popularity of Truganina as a place to work, live and play.

Median household weekly income is $1,451 and the median monthly housing loan repayment is $1,950.

One-third of the population in Truganina consists of 25-34 year-olds. This statistic is closely followed by children aged 0-14 who make up one-quarter of the suburb’s population. In terms of relationship status, 50% of Truganina’s total population are married with children.

Currently there are two primary schools, one P-9 college and two secondary schools in Truganina. Westbourne Grammar and Al-Taqwa College are both highly regarded P-12 schools.

Truganina’s community is loaded with dozens of parks and play areas for the kids. Forsyth Park, Allura Playground and Central Park, Westbrook Estate are all outdoor playgrounds offering great climbing facilities and equipment for hours of play. If your child happens to have four legs, there are two known dog parks as well.

For older kids, there is no shortage of organised sport facilities. Whether it be cricket, footy, netball or tennis, Truganina has a club sport to keep even the most energetic kid active, engaged and, most importantly, exhausted at the end of busy day.

It’s also worth mentioning that A-league football club Western United has its headquarters in Truganina. While a stadium is yet to be based in the area (plans for a stadium in Tarneit have been proposed), fans can watch home matches in Geelong and Ballarat. Until then, young A-league rising stars train with the Truganina Hornets Soccer Club.

For a quieter option, Skeleton Waterholes Creek is a waterway that runs approximately 15km between Mount Cottrell to the Cheetham Wetlands. A good portion of it flows through Truganina, providing a lovely walking and bike track for residents. The creek is also a site with much Aboriginal spiritual significance.

While many of the leading retail shops are yet to make their way to Truganina, they won’t be far away. The suburb is primarily known as the site for distribution centres such as Woolworths Limited, Kmart Australia and Coles Supermarkets.

Some of the major roads have semi-industrial developments which offer an eclectic range of services such as child care and gym space. You may also find standalone outlet shops, such as Bonds, gardening centres, and other big box retail stores.

There are several shopping strips where residents can find bakeries, takeaway shops and delis. For grocery and retail shopping, Tarneit Central Shopping Centre or Wyndham Village Shopping are only a 5-minute drive for residents. As housing and infrastructure continue to expand in this suburb, the shops and eateries will soon follow.

Truganina’s infrastructure hasn’t quite kept up with its enormous growth rate in the last several years, so residents are largely dependent on cars. Smart urban planning has a road network that allows residential streets to feed into the suburb’s grid of main roads. This significantly reduces through-traffic and congestion on quieter streets. Busy thoroughfares running east-west are Sayers Road, Leakes Road, Dohertys Road and Boundary Road. These are crossed north-south by Morris Road, Marquands Road, Woods Road and Palmers Road.

Car dependency may decrease with plans for a rail station to service Truganina. At the moment the nearest rail station is Williams Landing, located 3.5km from the centre of Truganina. Laverton, Hoppers Crossing, Werribee and Tarneit rail lines are all within a 5km distance, with Tarneit station providing regional rail service between Geelong and Melbourne.

Bus transport is Truganina’s most commonly used form of getting around. Convenient and reliable, many of the main routes frequently run along Forsyth and Sayers Roads to get to and from local destinations. Schools, local shops, and neighbouring suburbs are all made easily accessible for residents.

Truganina is a great little community with a booming population and exciting residential and retail prospects for its future. Its positioning within the inner western suburbs, its proximity to the Westgate Bridge and its easy accessibility to both Melbourne and Geelong make for a time-saving commute to work and a great place to enjoy the sights and experiences of the West.

Before long, Truganina’s development will create more infrastructure which will inevitably trigger more services and amenities for the residents of this lovely community. Those who want to buy into the suburb would be wise to act quickly in the hope of watching their capital value continue to increase. In years to come, Truganina will be the place residents were glad they invested early.