Located on Corio Bay and the Barwon River, the Greater Geelong spans from Lara to its north, Waurn Ponds to its south, Corio Bay to the east and the Barrabool Hills to the west. With undulating hills, sweeping plains and magnificent coastline, Geelong residents have plenty of reasons to enjoy their home town.

It’s no secret these rural and coastal landscapes—and the food and wine gems within—offer countless destinations for family downtime. Additionally, Geelong offers opportunities for employment, housing and economic growth. Since its foundation in the early 1800s, Geelong has prospered with milestones such as its boom during the gold rush, its inception as a city in 1910 and its recognition as the manufacturing capital of Victoria.

Today, Geelong attracts professionals in the education, health, and hospitality sectors, earning its presence in these industries through innovation and adaptability. 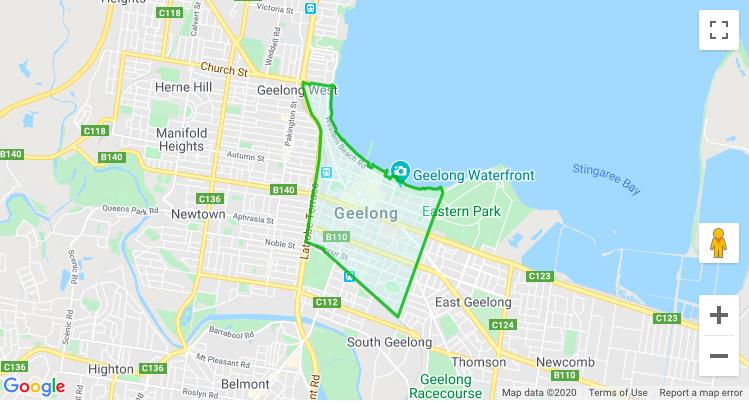 Hi, I’m Natalie Fisher of Fisher Conveyancing. I’ve spent my whole life around this region and know the ins and outs of Geelong conveyancing and real estate transfers. If you have any questions, please make contact and I’ll be happy to assist.

There are several key factors attracting new residents to Geelong. In less than an hour, residents of Geelong can be at the beach, in the country or up in Melbourne. This makes it an ideal setting for families, workers and those who enjoy a weekend getaway. The recently completed Geelong Ring Road and regional rail upgrade have significantly reduced road congestion, incentivising the commute to work in Melbourne.

Median household weekly income is $1,216 and the median monthly housing loan repayment is $1,733.

consisting of children or senior citizens. The combined total of these age groups is 50%, suggesting the population mainly comprises young families. 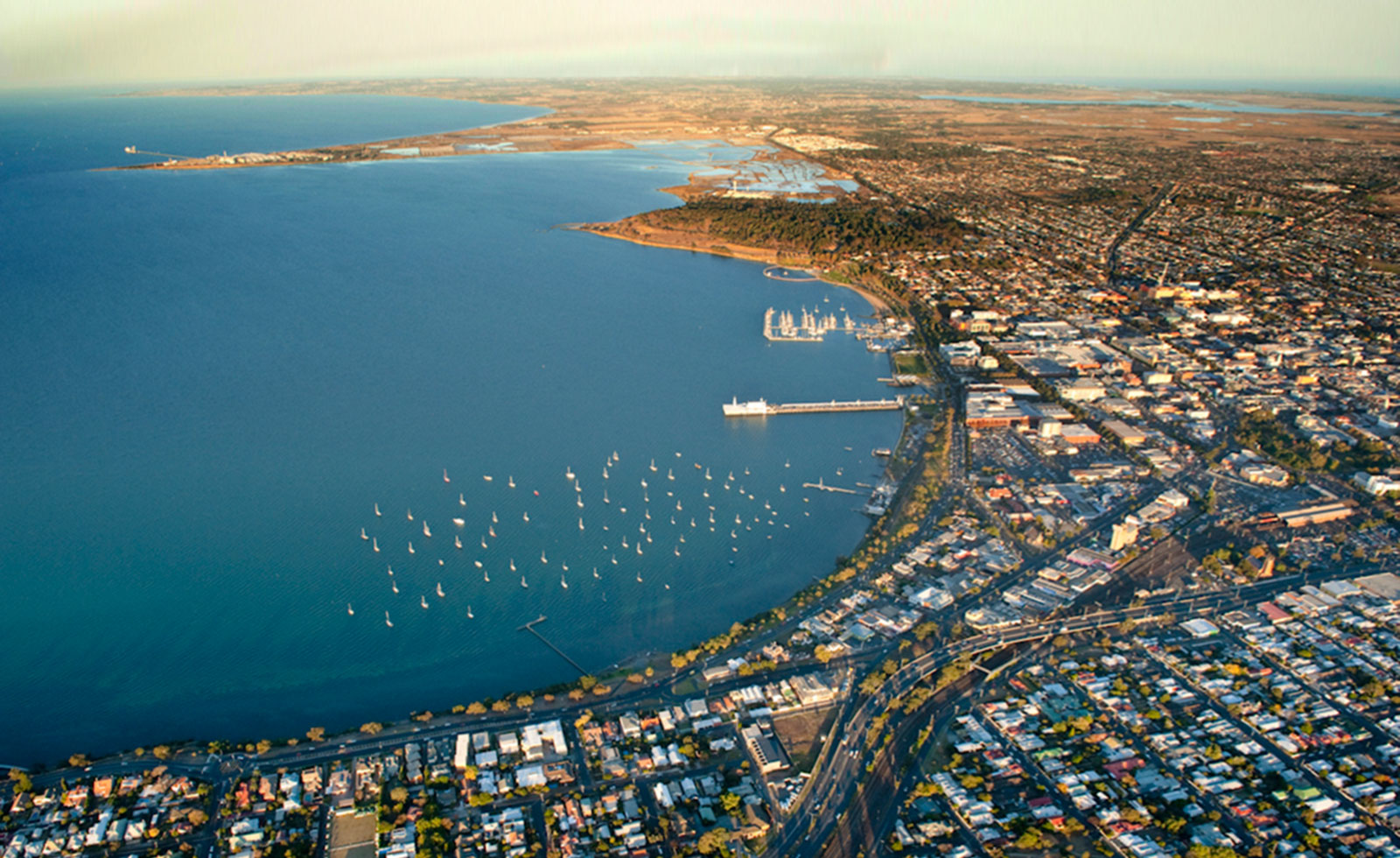 Geelong is equally recognised for its proximity to tertiary and TAFE studies. The Gordon institute of TAFE services on-campus and off-campus students studying business or industry while Deakin University, located at Waurn Ponds, caters to over 4,000 students pursuing academic courses and is home to Victoria’s first regional medical school. Deakin also houses a campus at Corio Bay in Geelong’s CBD.

Geelong is bursting with a massive social calendar. Among its most prominent annual events are the Royal Geelong Show, the Gala Day Parade and Family Fun Day, and the Pako Festa. The festivities are always a glorious appreciation for art, culture and fashion created by Geelong residents.

Home to a number of pubs, nightclubs and live-music venues, Geelong’s nightlife buzzes with excitement. The Queenscliff Music Festival, the Offshore Festival and National Celtic Festival are popular annual events embraced by Geelong residents. They offer both day and evening performances to suit all ages.

Cultural venues, such as the Geelong Performing Arts Centre, Costa Hall and the Geelong Art Gallery are alive with entertainment and cultural events. Additionally, the City of Geelong commissioned the Geelong Library and Heritage Centre, a beautifully designed resource centre that offers lovely reflective spaces and tranquility. For the kids, there’s the Museum of Art and Play. This is packed with plenty of interactive learning activities that celebrate play-based learning.

For those who prefer the great outdoors, there is no shortage of things to do. Picnic, stroll or start a game of cricket against the backdrop of Corio Bay at Geelong’s waterfront. Take in the magnificent view of the Eastern beach, stroll along the promenade, learn to paddle board or go for a leisurely swim— and don’t forget to make use of the diving towers and platforms! Further afield, explore the Barwon River, play a round of golf at one of Geelong’s four golf clubs or take the kids thrill-seeking at Geelong Adventure Park.

With all there is to see and do… you’ll have to make time for work!

Geelong offers an abundance of food and shopping experiences that will entertain the most diligent shopper and the fussiest foodie. Shopping precincts across the city are home to national retailers and local fashion designers. Westfield Geelong and Market Square in the CBD include supermarket chains and department stores along with widely regarded fashion and homewares retailers. But for more exclusive trends, local designers and vintage shopping, Pakington Street is a shopper’s delight.

To fuel those shopping expeditions, there is an eclectic range of cafes and eateries to satisfy every taste bud. Geelong’s rich cultural diversity offers global food experiences to cater for all tastes. Vegan? Vegetarian? No matter whether it’s breakfast with the kids or dinner for two on the foreshore, every Geelong menu will cater to all nutritional preferences.

Geelong’s varied transport options makes it highly accessible. The Princes Freeway, the Bellarine Highway and the Midland and Hamilton Highways are all minutes away from the city centre. The Geelong Ring Road bypasses the city entirely, making the drive from Melbourne to Waurn Ponds much more efficient.

Public transport services are also well-utilised. Geelong’s rail provides access to many Victorian regional centres and services to and from Melbourne run on a timetable catering for the weekly commute. There are nine rail stations operating in the City of Greater Geelong with Myki implemented on all rail services between Marshall Station and Melbourne.

The city centre and most surrounding suburbs are also serviced by local buses linking Geelong to Torquay and the Bellarine Peninsula while V/Line buses operate between Ballarat, Bendigo, Apollo Bay and The Great Ocean Road. For off-peak or late night transport, Geelong’s Taxi Network covers the city and suburban areas. Oh… and there’s this little organisation called Uber!

For interstate and international travel, Avalon airport is located 15km west of Geelong. It’s home to Jetstar Airways which provides daily flights to Sydney and the Gold Coast and other destinations abroad.

Geelong is a city with a lot to offer. With its strong historical roots, proximity to many of Victoria’s natural wonders and vibrant and diverse community, it is a postcode held in high regard. Established community venues, dozens of parklands and accessible amenities and services are the hallmarks of this city. And families love it! As a regional employment centre that has seen growth in numerous business sectors, Geelong positions itself as one of Australia’s leading regional cities.